Cutting Edge 2017 will also be hosting one invited prominent scientist per section with a lecture about their outstanding work. 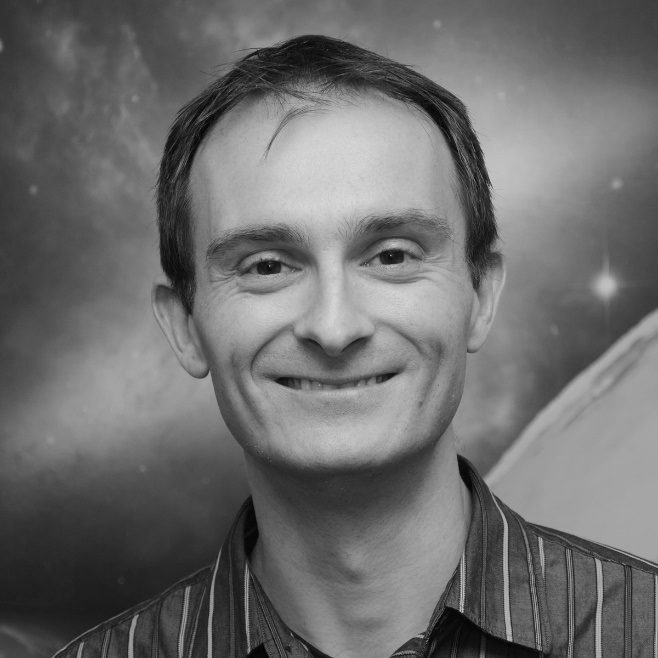 Materials research is the bedrock underlying the advancement of the human civilization. From Stone Age to the Silicon Age, we continue to be indebted to the perseverance (and often fortuity) of those who discover new materials. In this talk, I will attempt to convey the tortuous path from fundamental materials research to materials application by focusing on a subset of cutting edge materials that I have been extensively working on over the course of my scientific career. This will include materials of interest in solar energy conversion, such as plasmonic nanoparticles and quantum dots, as well as designer materials of the not-so-distant future, such as cluster-assembled materials. In the end, I will showcase how one such designer material met a very specialized need in the Mars Organic Molecule Analyzer instrument bound for Mars onboard ESA's ExoMars Rover to search for signs of past and/or present life on the Red Planet.

Andrej Grubisic attained his B.A. degree in the Department of Chemistry at the University of Ljubljana and received his Ph.D. degrees in Chemistry at the Johns Hopkins University under mentorship of Prof. Kit H. Bowen, where he studied electronic, geometric and reactive properties of mass-selected, gas-phase cluster ions of interest as building blocks of cluster-assembled materials. He was an NRC/NIST Postdoctoral fellow at JILA/NIST – University of Colorado, where he worked with Prof. David J Nesbitt on developing a novel technique for studying ultrafast electron dynamics in individual, supported plasmonic and quantum confined systems. His strong affinity for experimental chemistry, physics, and materials research (plus non-negligible interest in the final frontier) prompted him to join the Center for Research and Exploration in Space Science and Technology (CRESST) at the University of Maryland, where he is intimately involved in the development of space-bound instrumentation as an affiliate of the Planetary Environments Laboratory at NASA Goddard Space Flight Center. 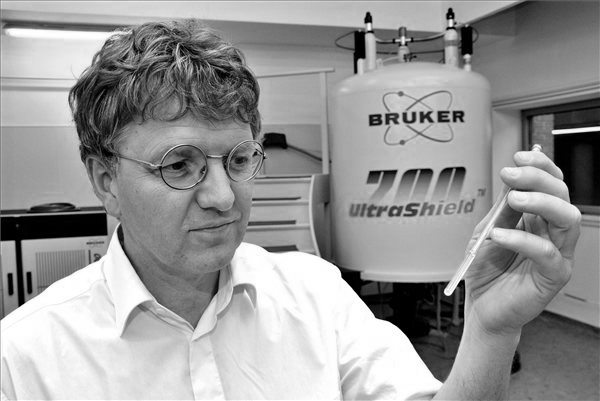 Deamidation of Asn was described over a century ago however, while kinetic parameters of the spontaneous isomerization of -Asn-Gly- is yet unknown. The most fragile amide bond connecting Asn/Asp to Gly isomerizes easily at physiological conditions (pH=7.4, 37°C) and thus forms the "Achilles heel" of polypeptides and proteins. Introducing suitable model systems and measuring key kinetic and thermodynamic parameters by NMR, atomic details of this isomerization/deamidation are to be revealed. Small "tricks", NMR-data fed kinetic simulations, MD computations assisted structural details, analysis of homology-filtered large data set will be shown to give yet unknown details of this reaction. We found that backbone flexibility surrounding -Asn-Gly- sites increases, while 3D-fold compactness and reduced internal dynamics decreases and/or hinders the above isomerization.

Dr. András Perczel attended the Faculty of Sciences of the Eötvös Loránd University, from where he graduated as a chemistry major (1985) and continued with his studies by finishing a Ph.D titled "Synthesis and conformational analysis of peptides and glycopeptides" in 1989. He is a full professor of chemistry from the year 2001 and a full member of the Hungarian Academy of Sciences since 2016. Her work includes synthetic experience on peptide and glycopetide chemistry as well as protein expression and purification, biospectroscopy including CD, IR and NMR, structure elucidation of peptides, foldamers, miniproteins, proteins; dynamic characterization of peptides and proteins and molecular modeling. 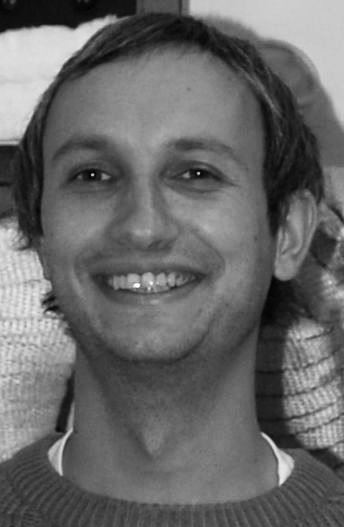 Increased refining capacities, particularly in Asia and the Middle East, alongside with uncertain crude oil and natural gas supply are mirroring the reduced operation of oil refineries in Europe. The latter are challenged to modify their business models by adjusting their value chains to be more sustainable and reliable, by adjusting the process in terms of material and energy integration and by adjusting the portfolio of targeted products. Numerous research groups are evaluating biomass as a possible complementary feedstock for the gasoline, diesel and kerosene production by its gasification in fluidised-bed reactor, subsequent Fischer–Tropsch (FT) synthesis, and by co-feeding the products in hydrocracker. Alternatively, biopolymers such as (hemi)cellulose and lignin can be utilised in existing or modified units or converted to value-added chemicals. Furthermore, methane activation by the oxidative or non-oxidative CH4 coupling into liquid fuels using renewable energy sources (e.g. by plasma) is becoming of interest. An attempt of catalysis and the energy integration in the periods of surplus electricity (H2 production) by the direct methanol synthesis from CO2 (captured from flue gases) is also being investigated. Reactor design and modification, process parameters optimisation, alongside with catalyst design (activity, stability and selectivity improvement) remain an evergreen topic on the rise, also in traditional oil and gas-related processes like steam (methane or methanol) reforming, (reverse) water–gas shift, hydro-treatment, etc. Researchers are thus also involved in those research activities within various industrial and scientific projects. In this fashion, the existing and emerging (catalytic) (bio)refining processes are being rendered greener.

Prof. Dr. Blaž Likozar earned his PhD in Chemical Engineering in 2008 at the University of Ljubljana, Faculty of Chemistry and Chemical Technology. He has been a member of NIC since 2011, working senior research fellow, assistant professor and department head in the field of chemical engineering (Department of Catalysis and Chemical Reaction Engineering); leading the programme “Chemical Reaction Engineering” as well as several research projects. His expertise lies (among others) in heterogeneous catalyst materials, modelling, simulation and optimization of process fluid mechanics, transport phenomena and chemical kinetics. He worked in 2014–2015 at the University of Delaware (Catalysis Center for Energy Innovation, Newark, Delaware, USA), as a Fulbright Program researcher in the field of chemical engineering. Prof. Likozar has published over 60 original peer-reviewed scientific research papers and has the h-index of 15.